How To Understand Turning Effect of Forces in Physics 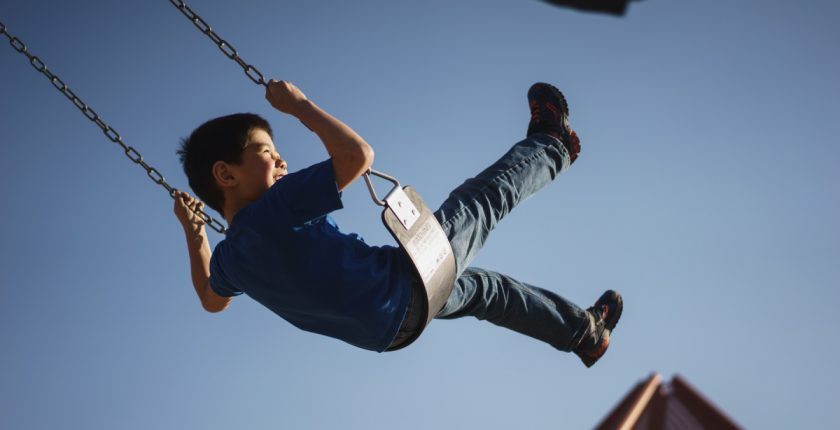 Pushing a door open, sitting on a see-saw, pedaling a bicycle – these are all real-life examples where the turning effect of forces come into play. It seems simple enough when you are able to make sense of what happens in real-life. But when it comes to solving those Physics exam questions, things aren’t so easy!

For those of you facing confusion over turning effect of forces, here are some tips we can share!

As mentioned earlier, there are some very common examples of turning effect of forces we see often in daily life. By trying to form parallels between real scenarios we have experienced and the questions in your worksheet, it will be easier to visualise what is happening. (The same goes for many other physics topics! Looking for more physics help? Don’t miss out our guide on kinematics.)

For example, if you haven’t fully understood what turning effect of forces is all about, picture a see-saw.

You know that to balance the see-saw, you need two people of equal weight, one to sit at each end. You can say that the force that both are acting upon the see-saw is the same. 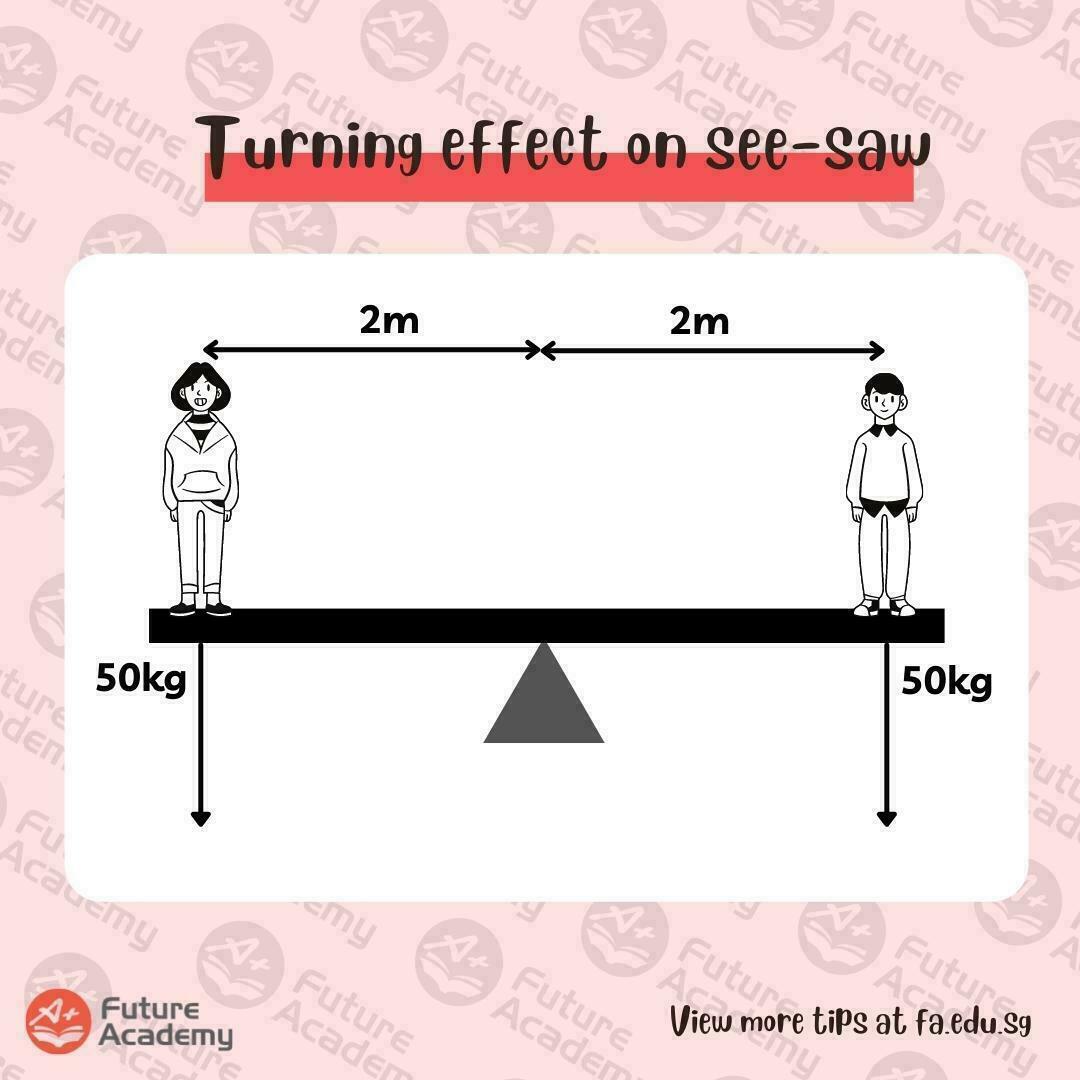 But, what if one of the persons (same weight!) is shifted nearer to the centre (pivot) of the see-saw? The side with the person nearer the end will lower – as if it is heavier. Notice how it is not just weight which makes a difference – but the distance from the pivot which also makes a difference? 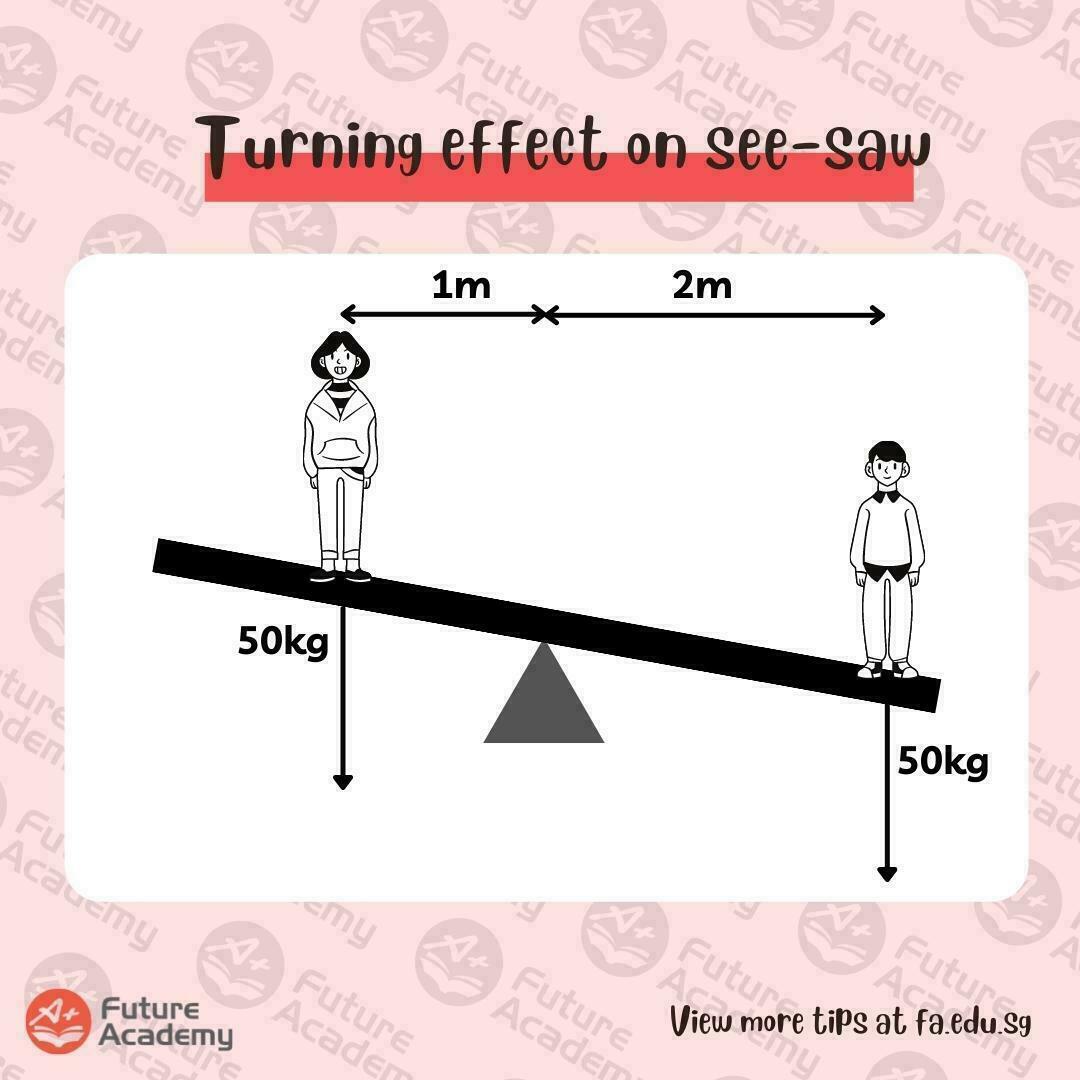 Now, think: how can you make the see-saw balanced, keeping the same positions we used from the 2nd example?

One way is to increase the weight (or replace with someone/something heavier) of the person nearer the pivot. 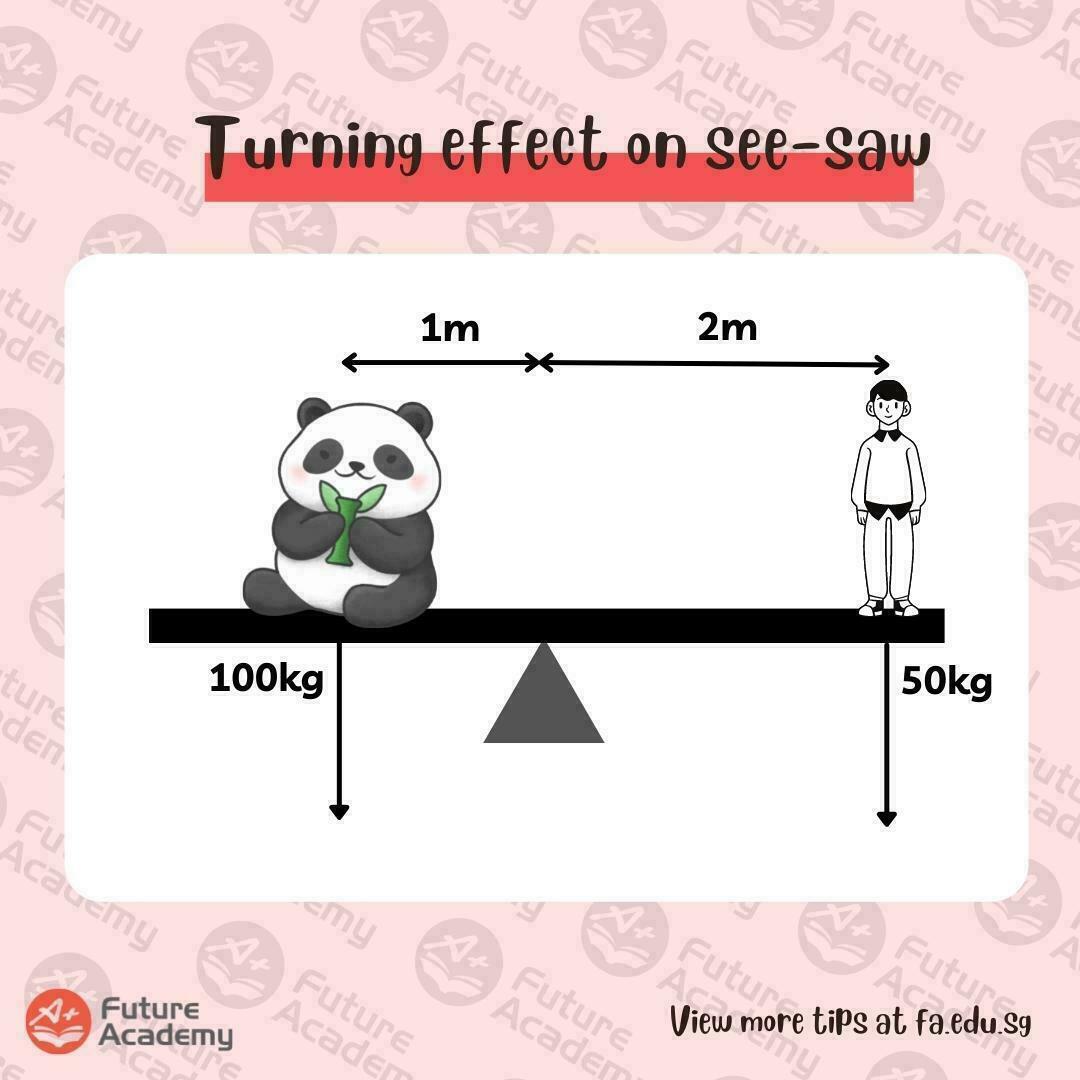 The formula for turning effect of forces

As you can gather, the force acting upon the see-saw is dependent on two factors: distance from the pivot and weight of the person.

Observation 1: For an equal weight applied, the turning effect increases as distance from the pivot increases.

Observation 2: At an equal distance from the pivot, the turning effect increases as the weight applied increases.

Putting two and two together, this gives us a formula: 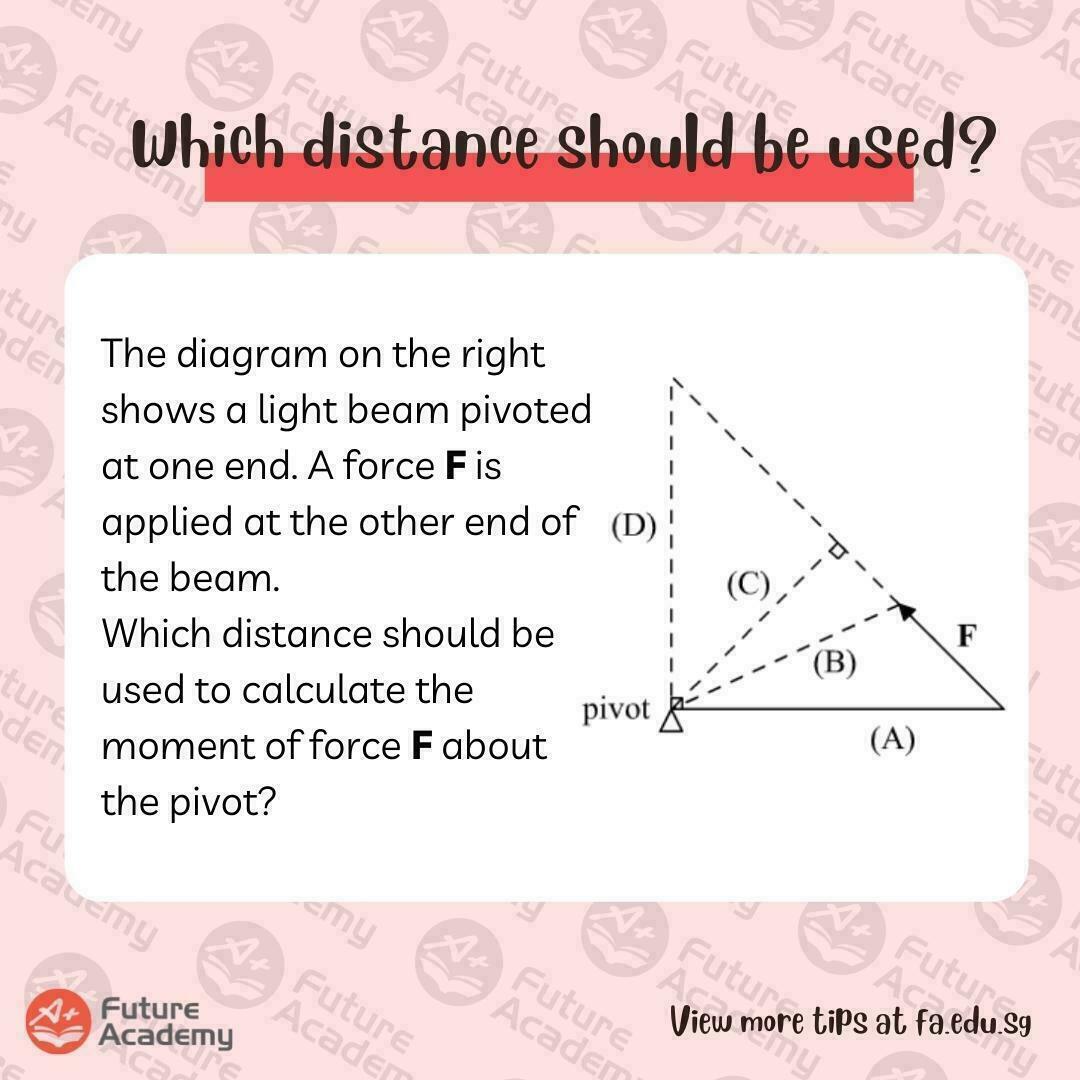 Now, questions like this raise a very important distinction to make: that the distance we use to calculate turning effect is important! Which distance should we be using?

Some of us may assume that we should just take the distance along the see-saw beam (e.g. ‘A’). However, note that this was correct in the previous examples only because the direction of the force was directly downwards (i.e. according to gravity).

However, in this case the force applied is at an angle, so the distance we take should also change in angle.

The rule is this: take the perpendicular distance from the line of force to the pivot. Or in other words, take the shortest distance between the line of the force and the pivot.

Sometimes you may need to extrapolate the line of force to be able to draw a perpendicular line to the pivot.

So, in the above MCQ example, the correct answer should be C.

The main idea behind turning effect of forces is relatively simple, but it is identifying the correct distance and making the correct calculations that tend to trip up students.

Take note that the units used in the formula are Newton (for weight) and metres (for distance). It is crucial to convert any other units into these standard units for the calculation to be correct! After getting your final answer, always check back to see if your answer makes sense. Ridiculously big answers or, for example, negative values for weights signal that something might be wrong with your units!

Some challenging questions (especially for IP students or at A Levels) may require more calculations involving trigonometry or simultaneous equations to solve for unknowns. Don’t rule these out when you meet such questions – and make sure to revise your trigo before your physics exam too! Need more help with challenging physics questions? Check out our IP Physics tuition classes, which focus on guiding students towards solving more demanding questions!

Turning effect of forces is not a difficult topic once you understand the core concepts! The rest of it boils down to being careful with reading the question and making the right calculations.

That said, if you think you would like more guidance with this topic or other topics in physics, not to worry! Our in-house secondary school physics tutors explain all the tough concepts patiently and clearly during our small group physics tuition classes. Feel free to join us to be mentored by top school alumni and ex-MOE teachers!

Why Everyone Should Consider Going For Post-Exam Tuition
Information , Thoughts on Education ,

Tips You Can Use Now For Scoring Better in Physics Exams
Information , Study Materials ,