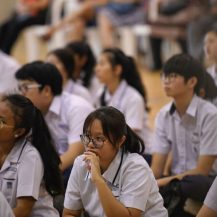 approximately 2-5 students only for typical classes. We keep classes size small deliberately to ensure quality teaching and learning the students to teacher ratio below 6:1 for all classes. Notes and worksheets are prepared every lesson base on students' learning progress. Extra practice questions/papers for self-practice. 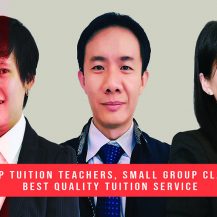 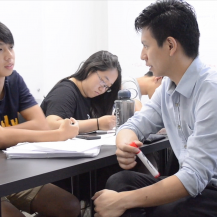 Even in the same class, different students may have different basement and differnt learning capability. In our small group tuition, our top level teachers usually take care of the differences and the contenet will be a bit difference to acheive best result. 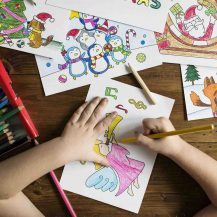 From Primary 4 to JC 2, we have various maths and science tuition classes to choose. More subjects at one go, alwalys save your valuable time from travel. Check our time table for more information.

Ms Chen used to be an MOE teacher specialising in the subject of Mathematics and Physics. After tendering her resignation from Raffles Girl’s School, many past students kept approaching Ms Chen for private tuition as they found it to be the most effective way for them to learn productively. Due to the small tuition group size, the lessons were of exceptional teaching standard and proved to be more cost efficient for parents as well. With that in mind, Ms Chen decided to start the Future Academy tuition centre business in year 2014. The first tuition centre outlet officially commenced its operations at Bugis (Burlington Square) in March, 2015.

As Future Academy grew, Mr Lau Hock Soon, another renowned teacher and past Mathematics Head of Department (HOD) at Hwa Chong Institution joined as well. Mr Lau began his partnership with Future Academy in 2016, providing quality mathematics tuition lessons to students at the centre. Soon after, many more teachers with established teaching backgrounds followed as they found that the learning delivered through the small group tuition approach proved to be significantly beneficial for both teachers and students in the long run.

Through Future Academy’s effective small group tuition approach, the centre found itself welcoming more and more students in Singapore. Many of our past students go on to attain their ideal academic results, and more classes have to be opened to meet the increasing demands of a growing student intake. Therefore, Future Academy opened another outlet at Bukit Timah shopping centre in 2017. With two accessible locations located along the Downtown Line, Future Academy now is able to serve the educational needs of students better as a leading MOE registered tuition centre!

The most effective tuition is from top tutors. Somemore, we prvide you top level tutor tuition in small group with maximum students teacher ratio of 6:1.

Our Top Tutors Team Welcome You

Our former HCI Maths Department HoD, former RGS teacher together with our best qualified teachers give you the best tuition quality. 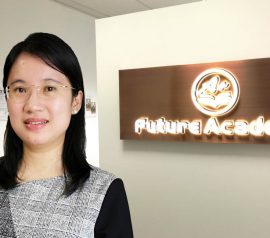 Ms Chen is a former teacher from Raffles Girls School (RGS) and a well-established top tutor* in Maths and Physics. As one of our founders, she has more than 10 years experience in effectively helping students getting great improvement in their exams and competitions. 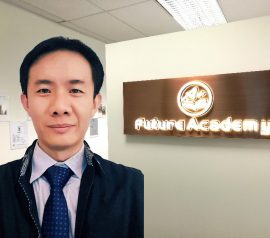 Our principal tutor Mr Lau is former Hwa Chong Institution (HCI) Head of Department (HOD) of Mathematics. With solid teaching experiences in top schools, he is the expert in helping students in A-level, O-level and IP Mathematics! 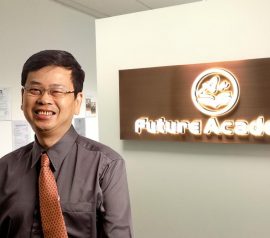 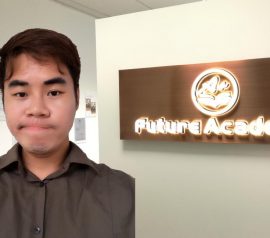 As former level head at Raffles Girls’ School, Mr Christopher Foo is a specialist in teaching Chemistry and Lower Secondary Science. He is NIE trained and with Master Degree in Life Sciences.

Explor More About Our teachers

Start Your Effective Learning with Us Now

80% of our current students are enrolled with us through word of mouth. High quality is our tuition standard.

Wide range of tuition classes are provided at Future Academy. Different subjects, different levels, different students capacities. Choose the class the most suitable to you!

Our target is to improve students examination performance. We always monitor students feedback and exam result and find tune the activities in classes.

Most of classes the maximum student teacher ratio is restricted to 6:1. With the approach, every student in class will be given enough guidance to achieve the best result.

All tuition teachers at Future Acaemy put their hearts in improving student’s performance. That is important element to keep students motivated in learning journey.

2 branches for your choices. Locate at Bugis (Next to Rochor MRT Station) and Bukit Timah Shopping Centre (Next to Beauty World MRT Station) with great accessibility.

Students enrolled with us are getting better and better result. Check out some of these exam papers. You may find your class mates here. You can achieve as much as they do or even more!

Ms Chen is very committed to go the extra mile for her students - she will prepare notes and worksheets to help the weaker kids so that they can work on their weaknesses. I have obtain strong math skills through the worksheet that cover all the curriculums in School and questions that are more challenging.
Pastel Lia

Future academy is an amazing and frankly one of the best places to improve in many different things and I really think it was very fun as well. I really liked their teachers and how kind they were and it really helped me to learn.
Breit BUTLER

Mr Lau is a very dedicated and thorough teacher!! He is very clear and meticulous in notes and practices and also teaches us the necessary study and exam skills. The environment was motivating and encouraging and it was very helpful for me in making an improvement in math 🙂 thank you!
Berenice Chao

Future Academy is a trustworthy tuition professional centre with great tutors! My daughter has been with the comibg a year and her math results are very encouraging! Highly recommended! Give them a chance as well as your children a chance too!
Jackie Lu

Lovely people and a great environment for children to learn and improve their conceptual understanding and get to understand the subjects at a greater depth! 😀 The online resources are also really helpful in revision!
Niharika Kamlesh Singh Chauhan

Really grateful to Future Academy for their help with my studies, their online resources are very enriching and help me gain confidence with the material being taught in school .
Kirsten Clare
More reviews from Facebook
Google Reviews (Bugis)
Google Reviews (BTSC)