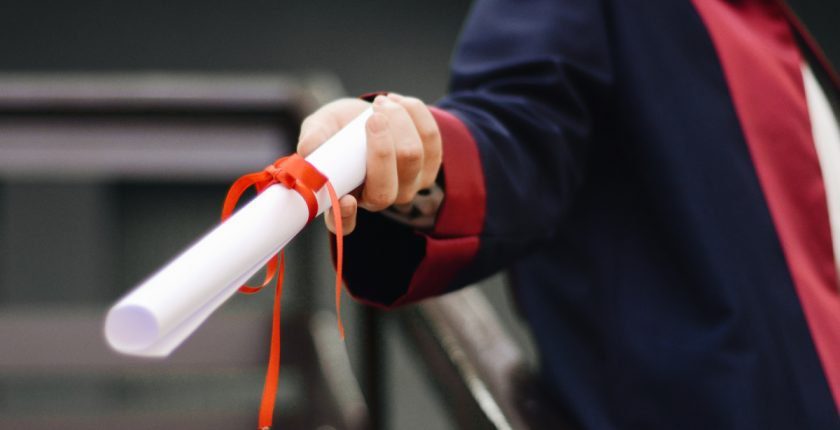 As 2022 rolled around, students across the world who had taken the International Baccalaureate Diploma Programme (IBDP) exams in November last year finally received their results. Singapore kept up its strong showing with higher average scores, pass rates, and number of perfect scorers as compared to the rest of the world!

Key statistics at a glance: 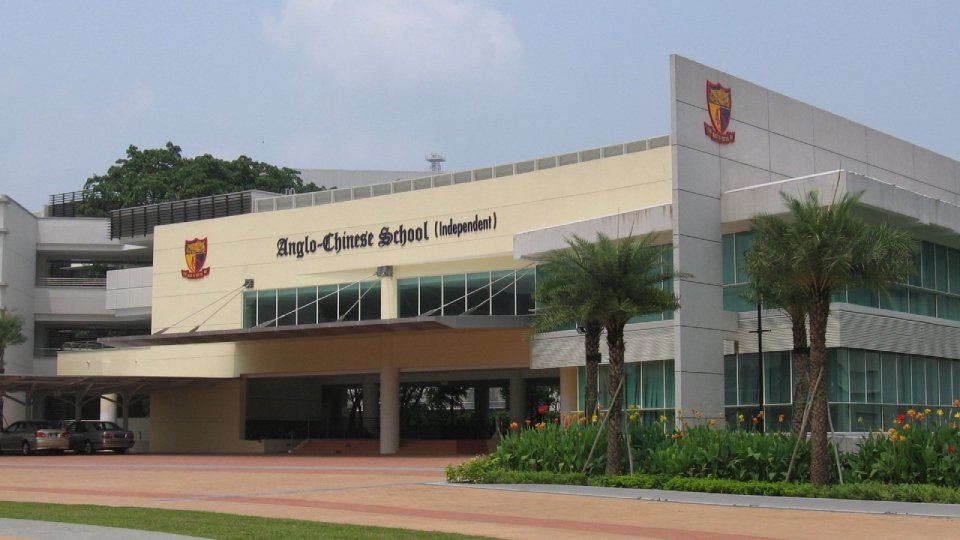 The IBDP is the academic exam usually taken by students in their graduating year of high school, and is used as a qualification for university entrance. Students who wish to take a more career-oriented certification may take the IB Career-related Programme (CP) instead. The IB Organisation administers the IBDP twice a year, in May and November. Thus, you may notice that not all IB schools are represented in this batch of results, as some schools take the exam in May.

After the IBDP, students may use their results to apply to local or international universities. Given its widespread recognisability, the IBDP is an entryway to a lot of top-performing universities in the world. The IBDP is scored out of a maximum of 45 points, where each of 6 subjects are scored on a maximum of 7 points, and a total of 3 bonus points may be awarded for achievements in the other 3 compulsory subjects, Theory of Knowledge, Extended Essay, and Creativity, Activity, Service (CAS). You may read our earlier blog post to understand more about IB subjects and scoring.

The average score across Singapore’s test-takers increased from last year’s 38.35 points to 40.6 points, which cleanly surpasses that of the global average of 32.37 and the Asia-Pacific average of 37.02. Almost half of the students in Singapore scored at least 40 points.

Most impressively, more than half of the world’s perfect scorers come from Singapore – only 238 students took home the top score of 45 points, and 133 are from Singapore. 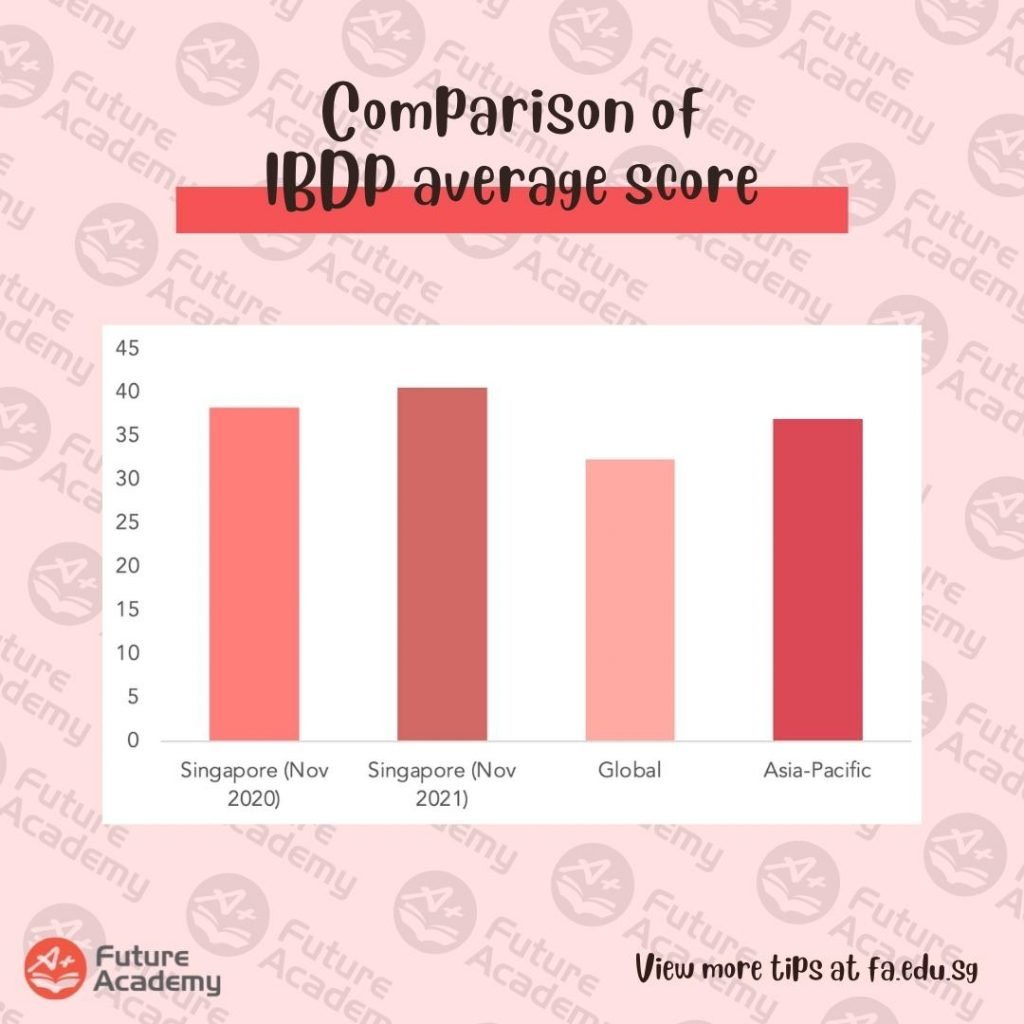 IB exams amidst the pandemic

This year’s exams continue to be plagued by the ongoing pandemic, with alternative modes of assessment being implemented to students who were unable to sit the written exams. So, while some schools stuck to the traditional route of written exams, some had to grade by coursework or projected grades.

Despite the challenges and changes, Singapore students remained resilient and adaptable in their response to tackling their studies amidst the pandemic. Indeed, they have managed to uphold such excellent standards as seen by their results!

Steadily holding the fort as the top IB school in Singapore – and regularly amongst the top in the world, is ACS (Independent). This time round, they have exceeded their own personal best, raising their average score to 42.7 points. A summary of their results can be seen in the screenshot below: 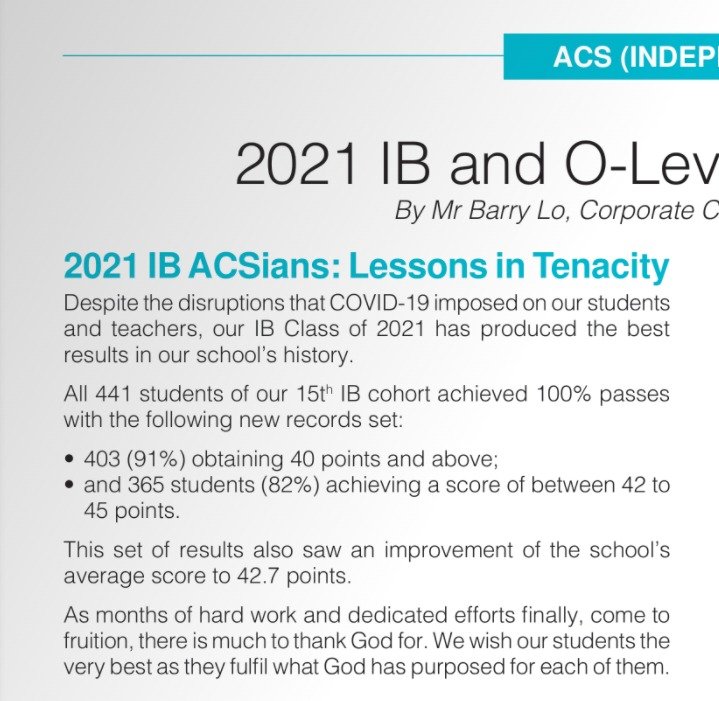 The international school arm of ACS has also seen impressive results. ACS (International) produced 8 perfect scorers at the IB exams this time, the highest ever in their school’s history. 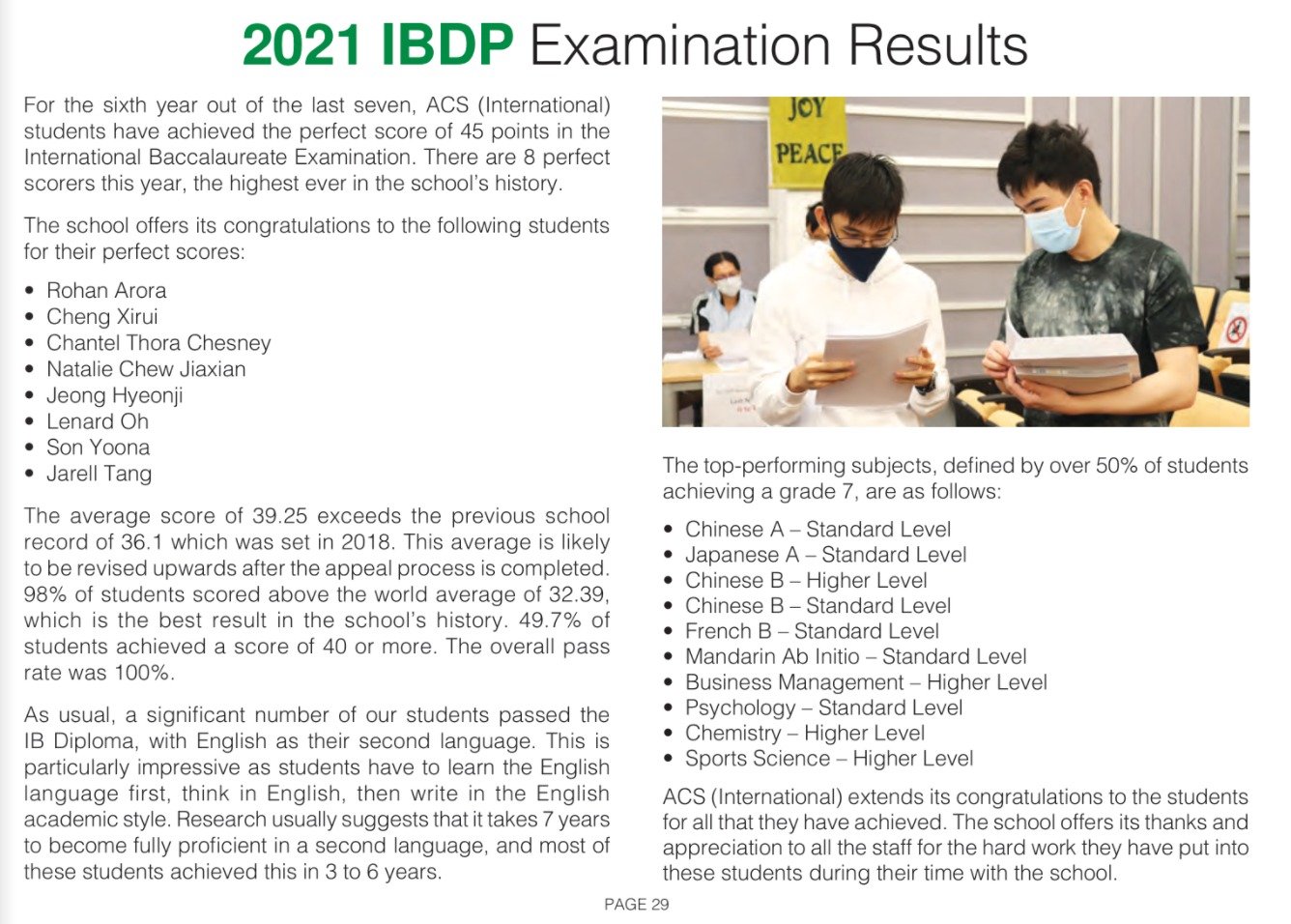 Although the student population for IB is smaller, Future Academy does take in IB students for tuition classes. Some of our IB students have also shared their achievements from this recent examination with us! We are so heartened to see that their efforts have paid off – and are immensely excited to see where they will go to do great things next!

To our students who are still preparing hard for their upcoming IB exams this year or next year – we hope this can also be an encouragement to you! If you are still looking for academic support for any of your IB subjects, don’t be afraid to get in touch with us.