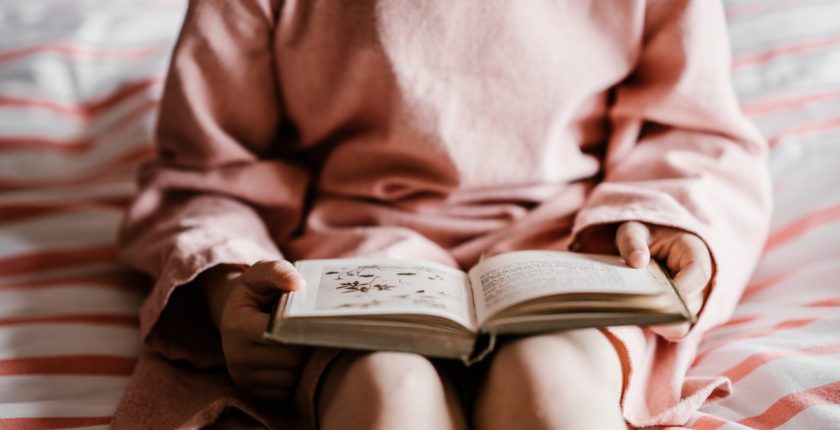 The years from 6 to 8 year old are more often than not the magical years during which children build their confidence in reading independently. No longer will they have to rely on someone reading to them – although they may still enjoy it sometimes – but they can immerse themselves in a good book!

As reading level can vary tremendously across different children, you’ll find that some may still be enjoying picture books, but some will be moving on to graphic novels and chapter books. As such, paying close attention to your child or student’s individual reading progress is critical in order to provide the right level of reading materials for them.

Thankfully, there are plenty of graphic novels and short chapter books to get your young reader into the grind, from fantasy and fairy stories to stories about animals or school. Here’s our list of recommendations for readers aged 6 to 8 year old. 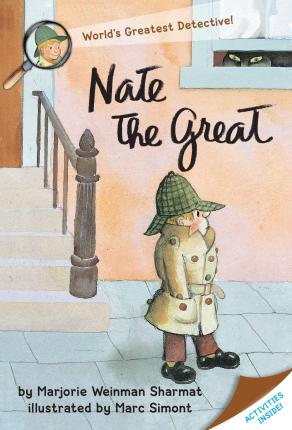 Little boy Nate goes around his neighbourhood solving mysteries in this entertaining and enchanting book series. Children will love following along the relatable yet quirky adventures, some of which involve a missing pet snake, a lost turkey, and an evil book page monster.

These books aren’t just a lot of fun to read; they also prove a workout for young readers’ brain juices as they pick up problem-solving and logical thinking skills while playing detective with Nate our beloved detective!

Suitable for: Kids who enjoy mystery and detective stories

You may also like: Encyclopedia Brown, Boy Detective by Donald J. Sobol – another detective adventure series for budding readers. 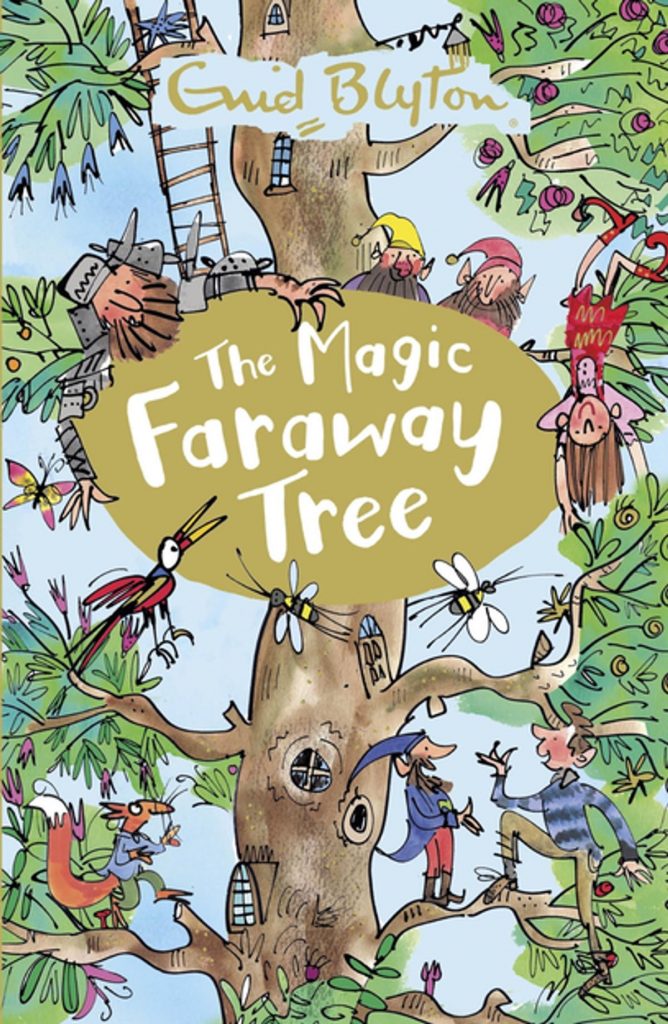 Imagine travelling to magical and fantastical lands – just by climbing up a tree! Not only that, The Faraway Tree transports climbers into various lands unlike the one we know, like the Topsy-Turvy Land, the Land of the Spells, and the Land of Toys. Unable to resist their curiosity, Jo, Bessie, Frannie, and Rick meet pixies, discover new places, and embark on numerous adventures thanks to the magical tree.

Throw all sense of the natural laws of physics away as you delve into this series! Young readers will be whisked away for the ultimate adventure, and with these books, their imagination’s their limit.

Suitable for: Lovers of fantasy and mystical realms.

You may also like: The Adventures of the Wishing Chair (Enid Blyton) – if you like Enid Blyton, you’re in for a treat, because the author has plenty of other children’s fantasy stories, all very suitable for beginning readers. 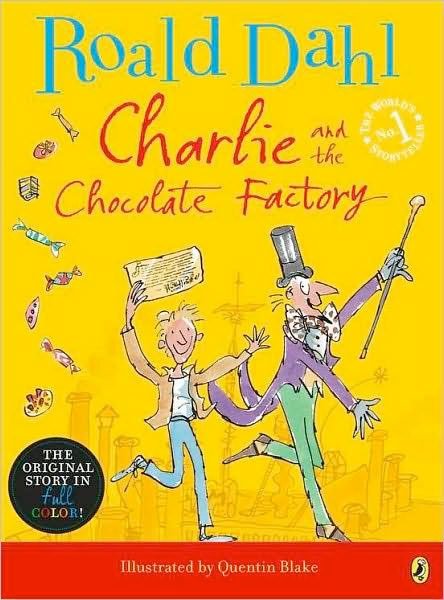 A well-known classic with a movie to its name, this Roald Dahl favourite isn’t just a story about a crazy chocolate factory. It ties together themes of what’s right and wrong, and opens the reader’s eyes to the consequences of their actions.

All these are encapsulated into a wild story about finding a golden ticket in chocolate, winning a visit to Willy Wonka’s chocolate factory, and meeting all sorts of strange and unbelievable people and creatures.

Suitable for: Kids looking for a read that’s humorous yet with depth.

You may also like: James and the Giant Peach; The BFG; Fantastic Mr Fox by Roald Dahl – These are just a few of the other whimsical titles by Roald Dahl that are suitable for the upper end of this age range.

Our expert tutors are ready to meet you. Contact us to learn more about our English tuition classes! 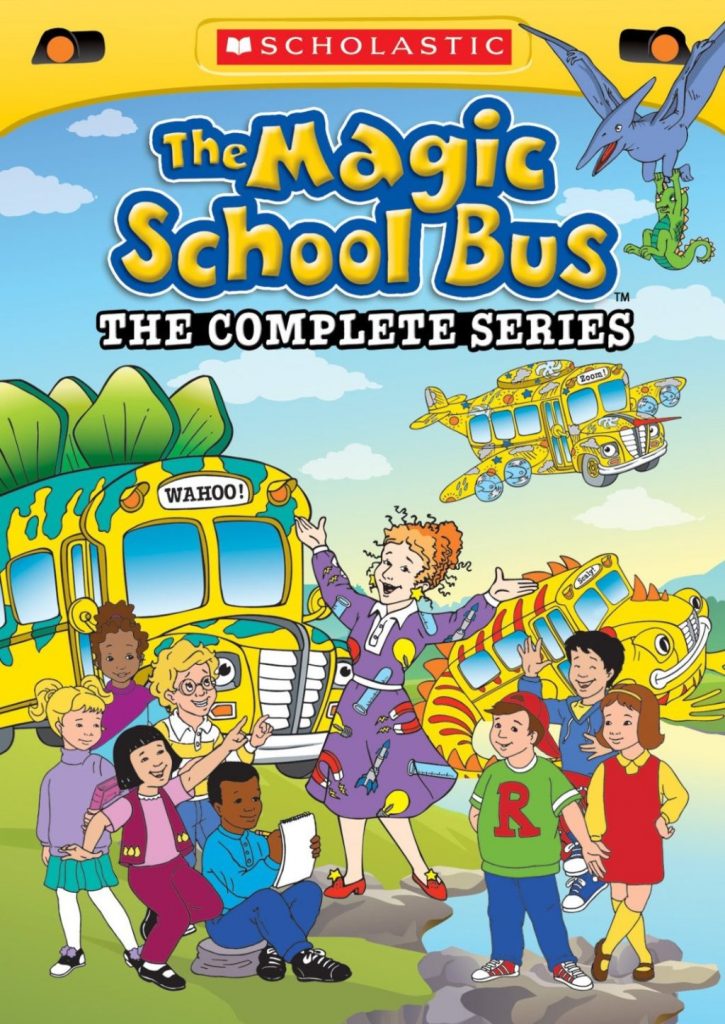 What better way is there to teach science, than to actually be at the site of what you’re teaching? Delightfully blending adventure with science facts, The Magic School Bus series takes children along to explore all sorts of places in and out of earth – including outer space, underwater, and even into the human body!

Led by teacher Ms Frizzle and her lovable pet chameleon, Liz, the school bus is the epitome of what all children dream their field trips could look like! Parents can also rest well knowing that your child is learning to read AND learning science as they go along.

Suitable for: Kids who love learning about science – or those who need a non-intimidating way to get interested in science!

You may also like: Professor Astro Cat series (Dr. Dominic Walliman/illustrated by Ben Newman) – your professor is a cat, and he’ll teach you about science concepts from physics to the solar system in this charming and educational series. 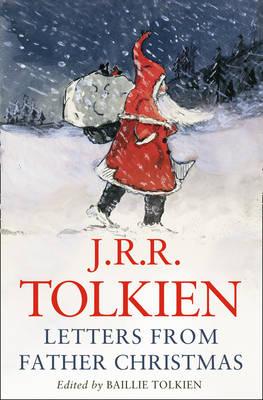 From the author of the Lord of the Rings novel, Letters from Father Christmas is actually a collection of letters written by Tolkien for his children, under the guise of Father Christmas. Thrilling stories from the North Pole abound, think: reindeers getting up to no good, lost presents, and clumsy Polar Bear tumbling through the roof of Father Christmas’ house!

While this book is most appropriate near to Christmas time, it is heartwarming and engaging even if you pick it up any time of the year. Children will enjoy basking in the magic and excitement of Christmas, and it will feel like they are hearing from Father Christmas himself!

Suitable for: Children who can’t get enough of Christmas, or those obsessed with winter-time tales. 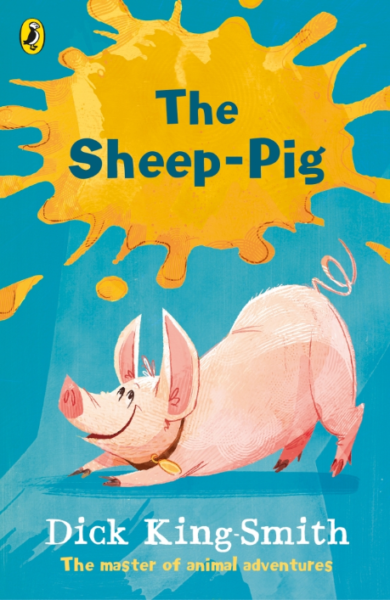 A little piglet named Babe finds himself living amongst sheep on a local sheep farm after he had been won by a farmer at a fair. Soon enough, Fly, the sheepdog at the farm, takes Babe under his charge, and trains the little piglet to herd sheep, turning him into a one-of-a-kind sheep-pig!

In a moving tale of growth and redemption, the unusual story charts the journey of Babe as he overcomes challenges and loss to finally earn the respect of the other animals and his owner. This heroic and heartwarming story will surely be a one to remember!

You may also like: Mercy Watson (Kate DiCamillo) – another pig-centric book, or series, rather, in which Mercy the Pig goes on some pretty hilarious adventures.

7. Iggy and Me (Jenny Valentine, illustrated by Joe Berger) 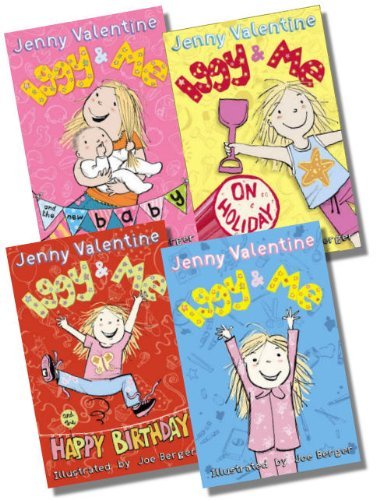 This series cooks up relatable everyday stories centred around the narrator, Flo, and her wily younger sister, Iggy, as they find themselves in trouble, navigate family drama, and adapt to new changes in their lives. Amidst all the shenanigans, young readers are bound to see glimpses of themselves in the mischief and sibling dynamics of the titular characters!

Hilarious and endearing, these books are ideal for helping children gain confidence in reading with short episodic chapters and familiar themes.

Suitable for: Girls with sisters may find this especially relatable!

You may also like: Peter’s Chair by Ezra Jack Keats – told from a boy’s perspective, this is another story about sibling-ship, in particular, when Peter’s home undergoes major change to welcome his new baby sister.

Join us to get guidance from experienced tutors on how to write better compositions than before.

More books for this age range:

Finding books for this age range can be a bit of a hit or miss affair, but having a good mix of easy reads coupled with more challenging ones can be a great strategy for pushing your child to progress in their reading. Also, don’t be afraid to mix genres and have a blend of classics and modern works to ensure a healthy variety of stories and styles to enjoy!

Dealing with a reluctant reader or need help in improving your child’s reading comprehension skills? Apart from building a good habit of reading, our primary school English tutors can also assist you in giving your child practical advice and guidance for school-based assessments. Get in touch to learn more about our small group tuition classes for primary school children!

Missed our earlier book recommendations? Catch up on books for other age ranges in our articles below!